About the Kagai district

Akasaka is Transforming itself
while Holding on to its Traditions

There are six remaining Kagai districts in Tokyo, one each in Shinbashi, Akasaka, Yoshicho, Kagurazaka, Asakusa and Mukojima. The Akasaka Kagai district developed at the beginning of the Meiji period and began to prosper as the site of “salons” attended by important figures in the financial, political and military arenas after Tameike and the surrounding areas became home to governmental agencies in the third decade of the Meiji period. It is said that there were 400 or more geisha in Akasaka in the peak period. Now, the number is below 20, but they continue to practice their traditions in Akasaka to pass down the culture to future generations.

Among geisha working in the six Kagai districts in Tokyo, Akasaka geisha are known for their bright and elegant attitude and are often compared to peonies. The number of young geisha in the district has recently increased slightly. Geisha in Akasaka are professionals who take pride in their role as the successors of traditional Japanese arts, such as songs and dances, passed down from earlier times. They participate in the Akasaka Hikawa Matsuri festival and other local events to introduce the charming culture of Akasaka to the public.

Akasaka Odori is an event in which Akasaka geisha show off their consummate artistic skills. The very first event was held at the Mitsukoshi Theater in 1949 and it has since been held almost every year at Shinbashi Enbujo, the Kabukiza Theatre and recently also at the Akasaka ACT Theater. At the opening of the event, geisha dance on stage to nagauta music in their assigned roles. The event is composed of two parts: (1) dance drama performed to both new and old Japanese music and (2) dancing to songs about the four seasons in Kagai. At the end of the event, geisha clad in glamorous black attire all dance together to a song about Akasaka in the old days and today. The audience can get a taste of the bright and elegant atmosphere of the Akasaka Kagai district through the dances and songs.

Kanrin-daiko is the Japanese drum music that is said to have been played when Katsu Kaishu (the Japanese stateman in the late mid-19th century) sailed out from Japan on the warship Kanrin-maru, and it is played as part of Akasaka Odori.

At the local Akasaka Elementary School, the music is played at graduation ceremonies, and local seminars on how to play the drum and the music are held, with geisha serving as teachers. Kanrin-daiko is thus a Japanese art with local roots. 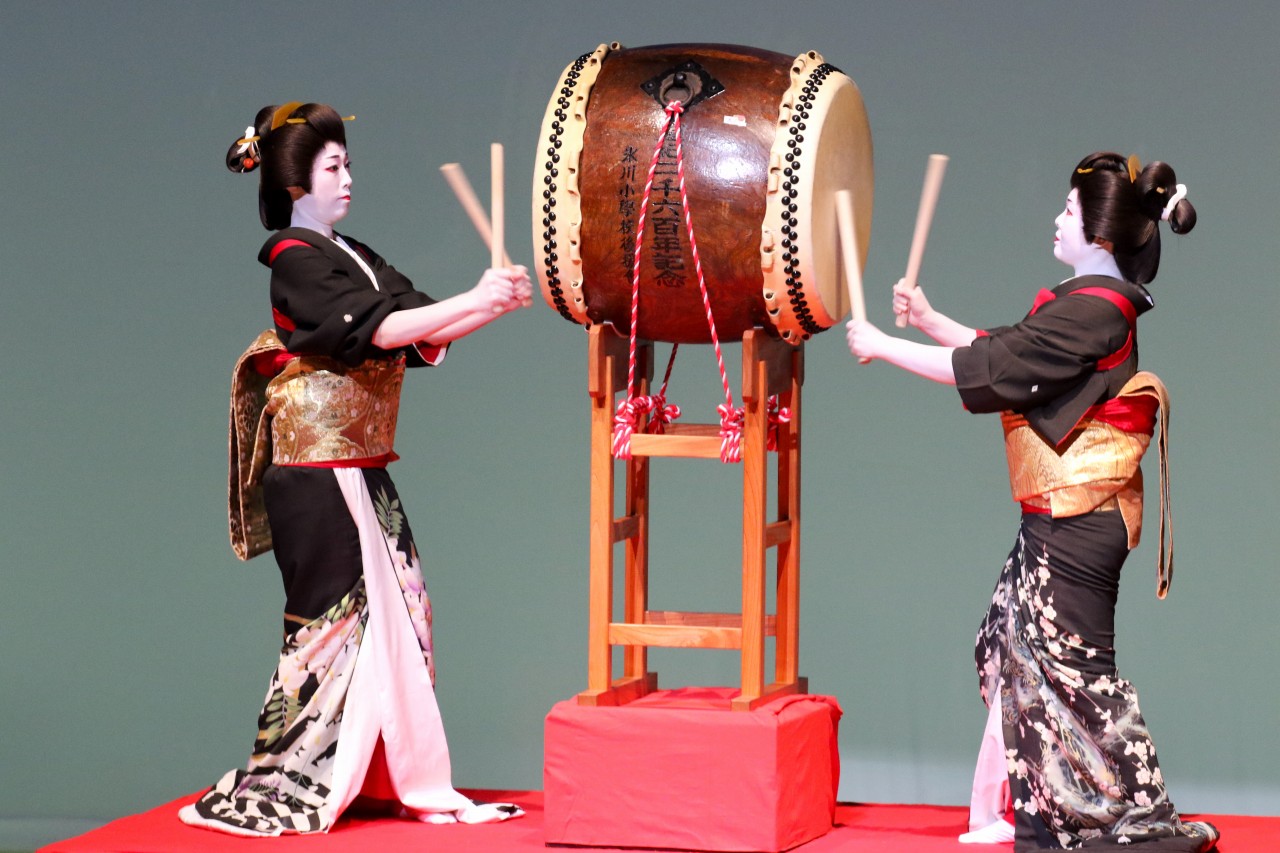